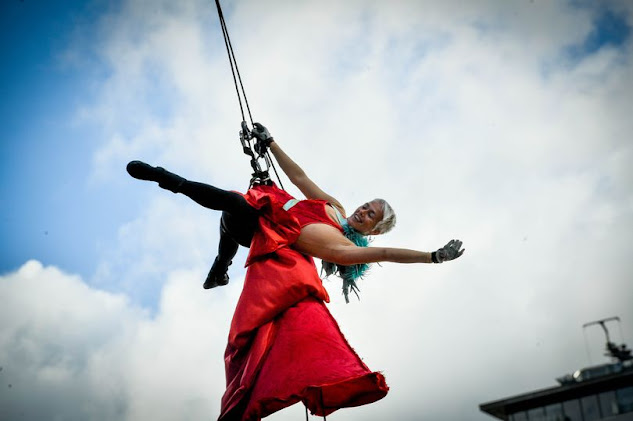 Scarabeus Aerial Theatre are headlining this year's Quays Festival (Image: Manchester Evening News)
Aerial dance off the Lowry’s famous tower may sound unusual, but it’s all in a day’s work for the Scarabeus Circus Company.
The troupe are headlining this year’s Quays Festival - a week full of exciting free events held at MediaCityUK.Their performance, POWERFLEX, is seriously impressive.

Billed as a “vertical journey where the body becomes a vessel for exploring power,” it features four aerial performers scaling the Lowry Theatre’s tower in an intricate routine.

Over a mesmerising 20 minutes, the artists move through a variety of music in a performance that sees them “express the triumphant feeling of being powerful, in charge of one’s life and the ability to cause positive change for oneself and our community”. 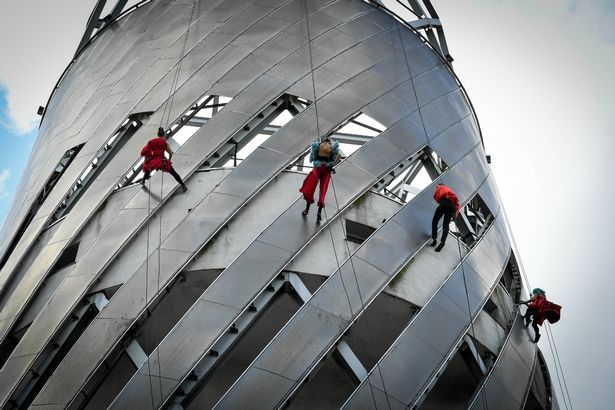 POWERFLEX is part of a series of events taking place across the weekend, all of which are free to the public and require no booking.

The show has been a long time in the making - Artistic Director Daniela Essart told the Manchester Evening News that the group had come to The Lowry theatre with an indoor routine two years ago, and that was when the idea of performing on the building’s well-known tower was born. 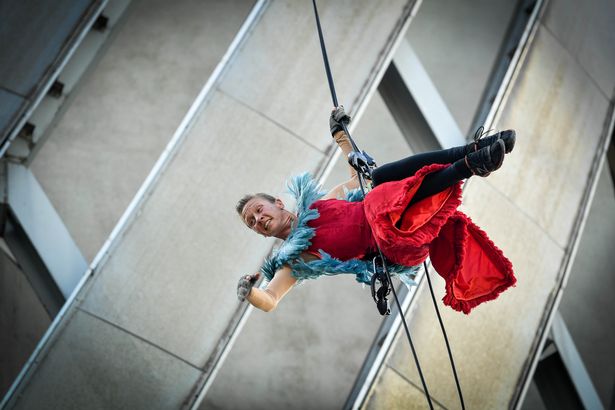 The group were also supposed to perform at The Lowry’s WEEK 53 Festival 2020, which was postponed due to the pandemic.

But the delay hasn’t dampened Essart’s spirits. Speaking to the MEN about why she was excited to be at the famous Salford theatre, she said: “Last year was the 20th anniversary of The Lowry, but it couldn’t go ahead, so as with the Olympic Games, it’s happening now!”

Essart said that creating spectacles on the front of buildings is one of the Scarabeus’ specialties.

“We chose to work on The Lowry’s tower because it’s a fantastic building, it’s iconic.” 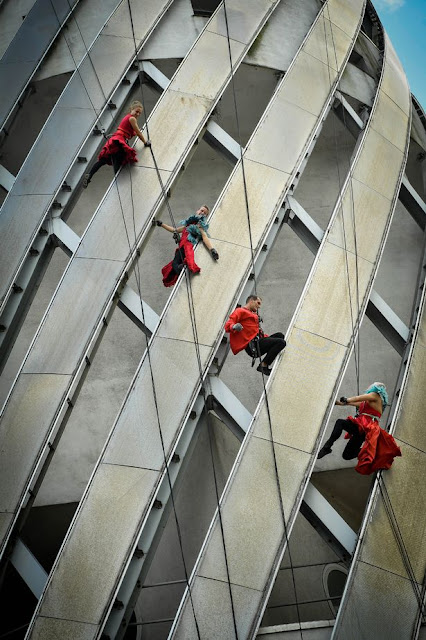 POWERFLEX becomes even more impressive when Essart discusses the training the troupe goes through.

“They train most of their lives to get this level of skills. They are all aerialists that have been training for two, maybe three, decades.”

It’s evident from the show - on a viciously windy Friday evening where I hardly had the core strength to keep myself upright, the performers were gracefully moving across The Lowry’s tower with an ease that made it look effortless. 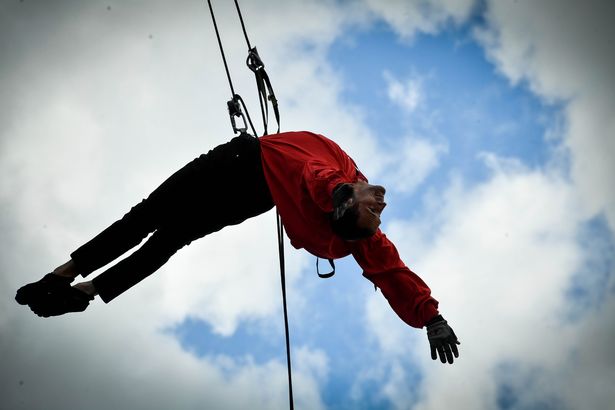 Other events at this year’s Quays Festival include the launch of sculptural installation Through No.4 by Liz West, and mass dance performance Colour Swim.

West’s installation will become a permanent fixture in MediaCity. It features a long corridor of light that allows participants to see the world in different colors.