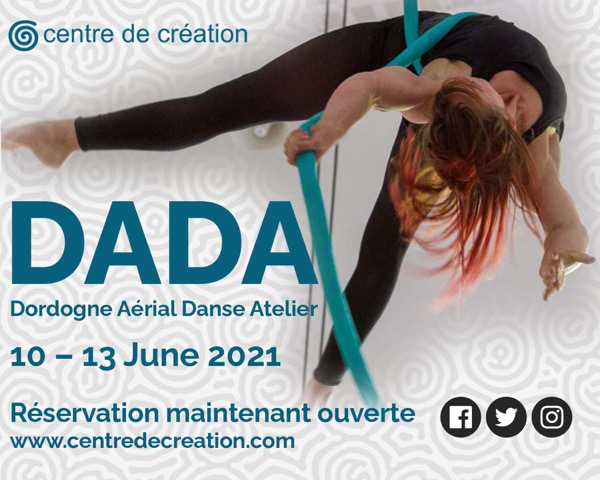 Legs On The Wall

Call out to vertical dancers 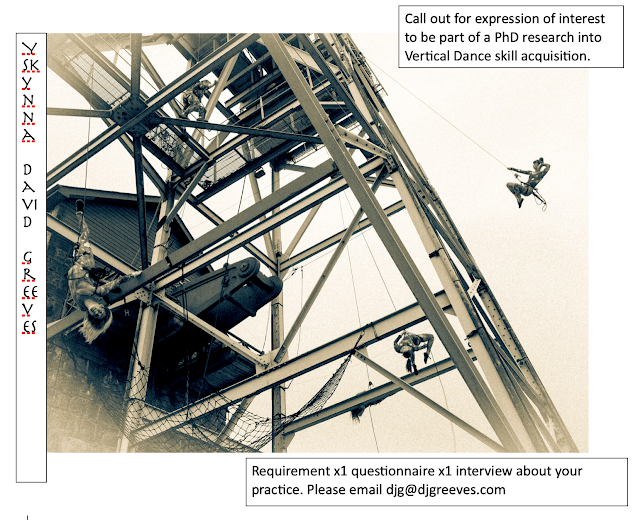 The research is focusing pedagogical practice and skill acquisition for the vertical dancer.

The questionnaire will create a framework for the interview to be done via zoom or teams and will delve into your practice and methods by which you learn, language and vocabulary you use aiming to identify best modes of practice for teacher and participant.

I am interested in hearing from all practitioners from any background and any experience, and welcome hearing from you. 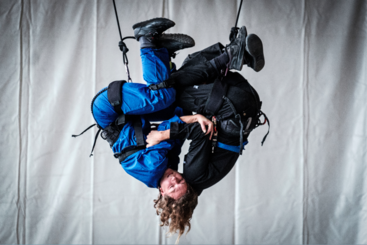 acquire access to the stream. One hour before the event, you will receive an e-mail with the access data to

Ticket sales end 30 minutes before the start of the respective event.

A dance narrative about the connections that define our lives. This project looks at dance as a social

reflection of our biochemical being. Emotions, instincts and the dancers' movements are represented in the air

and act as if in atomic relationships: they are charged, multidimensional, changeable and react directly to each

other. In the juxtaposition of nature and culture, a parallel can be drawn from the reaction of an ion in its

connection to others and the movements of the dancers to each other. Contemporary dance and aerial theatre

meet, dance is extended by one level and is thus able to create moving metaphors of tolerance, freedom and

dependence in the air.

Adrián Castelló was born in 1983 in Alicante (ES). After graduating with a Master of Science (M.Sc.) in

Biology, he obtained his Tïtulo Profesional de Danza Contemporánea at the State Conservatory of

Dance in Valencia (ES) in 2009. Through instructors such as Anton Lachky (BE), David Zambrano (VE)

, Rakesh Sukesh (IN) and engagements in Spain, Italy, Belgium and Germany, he developed a rich

on the scarf, trapeze and ring, which he learned while working with Zoppis Circus in Rome (IT). In his

He has been living in Germany since 2013 and is engaged here as a choreographer, choreographic

assistant and dancer at the Cologne Opera, the Deutsche Oper am Rhein Düsseldorf-Duisburg, the

Dortmund Theatre, the Bonn Theatre and the Aachen Theatre. Adrián has been a member of the

by Carlus Padrissa, as a choreographic assistant and dancer, as well as freelancing with companies,

photographers and other artists from various disciplines, including Tatraum Projekte Schmidt, Kristóf

Szabó / FACE Visual Performing Arts, and Theater der Keller. As a choreographer, he has performed

Supported by: NRW Landesbüro Freie Darstellende Künste, Ministry of Culture and Science of the